A better way to explore growth hacking is to see it in practice. So here are ten examples of how it was used, which can give us a much clearer picture.

Growth hacking has always been a bit of a controversial topic among marketers. Many swear by its effectiveness, and yet others claim it is nothing more than a buzzword with no real meaning. To be fair, the term is bandied about quite a bit, which is what has given it a reputation as a buzzword in the first place.

Sean Ellis first coined the term in 2010, after realizing that his unique brand of marketing was not something easily duplicated by other marketers. This presented a problem, as his method was to help companies (and especially startups) gain rapid growth through a series of unique tactics. If he just bounced the job to someone else after he had done his work, all of that effort would be for nothing if the new marketer couldn’t follow in the same vein.

One reason that growth hacking is so polarizing is that there is no single definition of what it means. You are essentially marketing in a non-traditional way for businesses that are still small enough not to have a lot of money. Innovation and a unique approach is the very core of what qualifies as a growth hacking tactic, and so narrowing down a plan is difficult.

A better way to explore growth hacking is to see it in practice. So here are ten examples of how it was used, which can give us a much clearer picture.

1. AirBNB – In the early days of AirBNB, the company faced an interesting challenge. Being entirely user based in both product and promotion, they had to come up with a way to attract users and gain some kind of trust. After all, these were people opening their homes or properties for rent, which is a risky business. So they decided to latch on to a known entity that still provided an open platform. That was Craigslist, which had no API at the time. Through their own feats of reverse engineering, they made their user forms easily copied to and from CL’s forms, for a double hit of exposing available properties. Through 2011 and 2012, they saw huge growth as a consequence.

2. Facebook – One major strength that Facebook has always had is a clearly defined direction that was based on a single desire: to connect everyone. That literally means everyone, as Mark Zuckerberg has never been shy about revealing his desire to stretch out across the globe and wriggle his social platforms way into everyone’s lives. It is less sinister than it sounds, coming from a genuine belief in the power of interconnectedness and communication. From the very first launch as a university specific social network, he had that final result in his mind. Every decision he and the others behind it have made have been in search of that goal. Which makes his marketing techniques very narrowly focused on building users, and keeping those users.

3. Mint – If AirBNB faced difficulty in gaining user trust, Mint faced that x’s 1,000. Getting people to offer up their financial details in full, especially in a world where credit card leaks are happening to massive companies several times a year, was difficult. They had to build up their brand in a huge way, even before they had gained a massive user base. Because without some brand trust, there would be no user base. So they focused on three primary strategies: content through their personal blog, good positioning research, and of course a product that targeted a very specific need and offered the exact features people were looking for. This collection of tactics paid off quickly, and they are now the most popular and successful online financial tools around.

4. Twitter – Social networking site Twitter is proof that sometimes you just need an interesting idea that hasn’t been done before. Microbloggingwas not a new concept, exactly, but it had not yet solidified into what it is today. Jack Dorsey wanted a simple way for people to communicate with one another, and that is what he made. But it was the ideas that followed and turned Twitter into what it is today that made all the difference. For example, the character limitation on all communication. Or the adoption of the hashtag for grouping messages together, which both met the needs of current users and launched it into a full blown phenomenon and pop cultural icon.

5. Digital Ocean – When you ask people who use Digital Ocean why the service became such a hallmark for developers so quickly, it usually comes down to the price. But if you look more closely, that wasn’t what really caused such an explosion of growth for the company. While they did target a need in the market by aiming to fix what developers found too complex about cloud services, there referral program is a more solid feature to point to. For every customer that signed up on referral by another member and equaled $10 in billing, $10 would be issued to the referrer. Not only was this a really good deal, but it was also issued in either account credits or commission, at the choice of the referrer.

6. Dropbox – Another example of using a referral program to promote growth was seen in Dropbox. The file sharing service only offered a certain amount of storage to free users (and still does). However, if they got others to sign up and use their referral link to do it, the referrer would get additional storage for each new user. This led to managers getting their whole team on board, boosting their storage capabilities enough for startups and small businesses to user it on a strict budget.

7. LinkedIn – This one might be a controversial pick, because some don’t see what LinkedIn did as genuine growth hacking. However, I personally think it counts because they used a rather interesting and innovative mixture of product and audience targeting to launch themselves, because switching to a more open model. Originally, LinkedIn was an exclusive online community for professionals who were of upper management to CEO level. They did not bother to market themselves to other professionals until they had gained a footing, a loyal user base, and a reputation as a tool for the business world’s upper crust. Once they opened up to everyone, and started to market to all professionals, users flooded in.

8. Eventbrite – On the other side of this same coin, Eventbrite did not try and offer themselves as an exclusive platform. In fact, they pushed to show that they were a tool for any event, whether it was held in a sold out arena, or a single room in a community center. Paid events would have a fee, free events would be free to advertise, and it was an open and even way to connecting visitors to the tickets they wanted in every possible niche. The all inclusive nature of Eventbrite helped to make it a powerhouse.

9. Uber – What happens when you don’t have a lot of money to market, but you have to have your product seen? That is one of the main reasons growth hacking has become a thing, but ride share app Uber took that concept to a whole new level. They barely spent anything on marketing, and yet they have been one of the fastest growing startups in recent memory. How did they do it without spending much at all on promotion? By not focusing on marketing, and instead making sure they have the best possible product that users will love. Then they rely on word of mouth and social mentions, which were inevitable once they had their app down to an art.

10. Hotmail – Before the term growth hacking was coined, Hotmail was already doing it. They are credited as being one of the earliest examples of this tactic in action. Initially, the idea to put “PS: I love you. Get your free email at Hotmail” was met with a cool reception. But they decided to try it out at the insistance of marketer and investor Don Draper. And guess what? It worked…really well. Being that this was the late 90’s, it was a truly revolutionary idea that ended up striking a whole new way of looking at advertising on the web. It remains one of the best examples of growth hacking in the history of the internet.

Do you have any examples of growth hacking and how it has launched businesses into stardom? Let us know in the comments!

Jessy Troy is the editor and blogger at Sexy Social Media, the social media collection of graphics 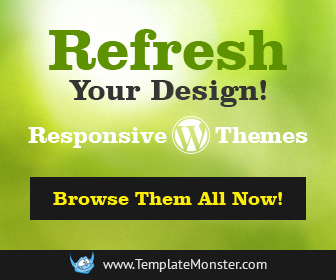